A creamy, cheesy and decadent crockpot potato soup that you will want to make over and over. This easy recipe is warm, rich, filling and wholly satisfying!

I know some people consider soup a cold weather dish. And I admit, I am guilty of treating it as such, from time to time. However, every once in a while, I crave a bowl of soup in the summer and as I indulge i wonder - why? We eat hot steak, hot seafood, pasta and more all year long. Why does soup have such a winter connotation to it?

Having said that - this soup, while delicious anytime of year, does have a certain "stick to your ribs" quality to it that can really warm you from the inside out. So, while I will admit to indulging in soup year-round, this is one soup I particularly love in the colder months.

To make this delicious soup, you will need:

Start by adding the potatoes, vegetables, spices and liquid to slow cooker. Cook on low for 5 or so hours until the potatoes are soft. After cooking, remove lid and use an immersion blender to blend ingredients. For a smoother texture, I would recommend blending longer than you think you should.

After all is well blended, add shredded cheese and stir while the cheese melts to fully combine. Next temper the half and half by mixing it in a small bowl with a few tablespoons of hot soup from the crockpot. Add tempered half and half mixture and sour cream to slow cooker. Stir, re-cover and allow soup to heat back up another 30 minutes or so before serving,

Certainly hard to do this part wrong! Creamy potato soup is great served in a bowl, a cup or a bread bowl. It is great topped with a little shredded cheese, some sliced green onion and (if you want to keep it vegetarian) some imitation bacon bits. Serve with crackers, breadsticks or a wedge of thick crusty rolls because dunking is a must! It also can be complimented very well with a cool crisp salad served alongside of it. Or with a light, warm veggie dish like zucchini and squash Parmesan.

This soup can be stored in airtight containers in the refrigerator for about 5 days or so. Most people recommend against freezing soups with cream or milk. I have never had a problem with it. They key is not to let the look of the soup deter you. The ingredients will separate upon freezing. It is best to let it defrost in the refrigerator overnight. When you are ready to serve it, make sure to mix it up really well and reheat it either in the microwave or stove top. It will keep in your freezer for 2-3 months. 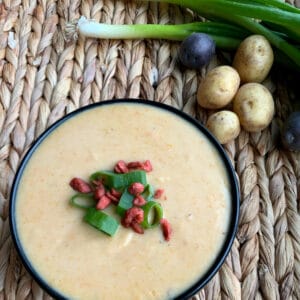 Check Out Our Facebook Page For More Slow Cooker Recipes!! 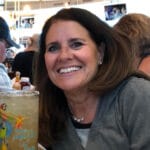 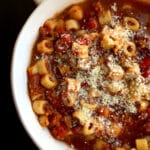 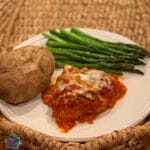 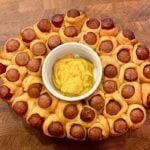 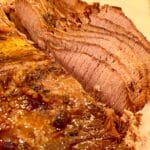